Black Friday and Cyber Monday are two massive shopping days which arrive each year towards the end of November, following US Thanksgiving. Traditionally, they’re one the best times to find and take advantage of sales on all sorts of product across the internet.

VPN subscriptions are no exception.

During these two days (sometimes extended to an entire week or more, depending on the provider), you can get some of the best VPN deals of the year. These are typically significantly better than any of the regular VPN coupons and sales you see at other times.

I like to save money. Hence, every November I spend a good amount of time searching around for the best VPN deals out there.

For myself, I mainly look for discounts with providers which I haven’t yet had a chance to try and play with. But I also check just about every VPN I’m familiar with too. If I can get another year’s subscription (or more) to a service I’m happy with at a great discount, why not I say.

Listed below are some of the best sales I have been able to find this year.

I don’t want to lead anyone astray, hence, I’m only posting Black Friday and Cyber Monday VPN deals for providers I’m personally familiar with. These are companies I trust and who, in my opinion, offer a good product.

If you were already considering one of these services, I hope these deals can save you some coin. Don’t wait too long though, or you may find yourself having to wait for the VPN Christmas sales to roll around. 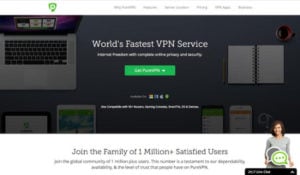 PureVPN is one of the most popular, and indeed, best VPNs in the market. It’s one of two providers with which I keep an active subscription at all times.

They run servers in 131 countries (basically everywhere you could ever want to connect), allow P2P, let you connect up to five devices at once, and are packed with advanced features other providers lack like malware and virus protection, IDS/IPS, ad-blocking, and split tunneling.

PureVPN also does an excellent job of unblocking many popular streaming services, including US Netflix and the BBC iPlayer, and runs dozens of servers optimized specifically for that purpose.

The promo lets you pick up a 2-year subscription to their service at a 73% discount, or for $2.91 per month. I’ve been with PureVPN close to seven years, and it just doesn’t get any cheaper than that. This year’s deal will be hard to beat. 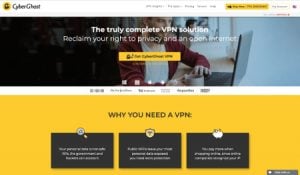 CyberGhost is a perfect VPN provider for the privacy-minded. That’s not to say it’s a slouch elsewhere. In fact, since the release of CyberGhost 7 late last year, they’ve been better than ever.

Based out of Romania, CyberGhost has a true no-logging policy for maximum privacy. Over the last year or so, their network grew by a massive 150% to over 6100 servers in 90 countries. They all show good performance too.

P2P is allowed, and unlocking geo-blocked content works like a charm. And, at 45 days, CyberGhost offers the longest money back guarantee of all providers.

For the 2020 Black Friday and Cyber Monday sale, CyberGhost is running a promotion like never before. They’re offering 79% off on a 2-year subscription. That comes out to only $2.75 per month.

The sale starts on November 22 and runs through December 5. 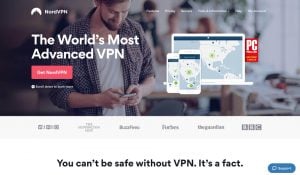 NordVPN is a another VPN favorite of mine and the other service with which I always keep an active subscription.

Based out of Panama and following a strict no-logging policy, no one does privacy better. They are one of the fastest VPNs and run thousands of high-performance servers across 59 countries.

NordVPN allows a generous six simultaneous connections, unlocks any geo-blocked streaming service you can throw at it, has no issues with P2P, and offers a feature-rich client that I think is one of the cleanest and easiest to use.

They also have a ton of privacy features few other providers offer, including double VPN, Tor over VPN, and obfuscated servers – the latter are perfect for VPN access in places where use is restricted.

Starting on November 1 and running until December 4, NordVPN is offering a massive 70% off a three-year subscription. That translates to $3.49 per month.

This bundle is, without a doubt, the best discount NordVPN has ever offered. The entire thing is, of course, also covered by NordVPN’s excellent 30-day money-back guarantee. 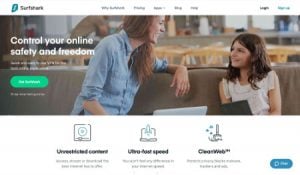 A fairly new VPN provider, I started using Surfshark only late last year. But, as you can see from my review, call me impressed. Other providers should definitely take note of how to do things right.

With a clean and super intuitive client, Surfshark is a perfect service for those of us who like to keep things simple.

They have a broad and fast global server coverage, support torrenting, and are right up there with the best of the best regarding privacy (i.e. absolutely zero logging). They even allow unlimited connections!

Not to be outdone buy their competitors, Surfshark also does an excellent job of unblocking US Netflix, Hulu, the BBC iPlayer, and just about any other popular streaming service you can think of.

Surfshark is also trying to raise the discount bar with a huge 83% off discount.

Between November 12 and December 3, you can get their service for a mere $1.99 per month on a 24-month subscription. It’s as good of a deal as I’ve seen from them all year.

Like I said, other VPN providers better take note. 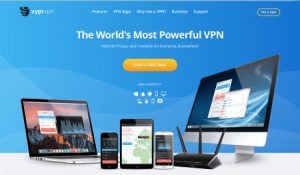 In other words, they’re now a worthy contender – no matter what your VPN needs are.

Based in Switzerland and using the latest technologies mean security and privacy are top-notch. VyprVPN’s proprietary Chameleon protocol means the service also works well in countries like China – where VPN use is frowned upon.

VyprVPN’s entirely self-owned server network spans 64 countries. Server performance can hold its own and easily lets you download large files – P2P is supported – as well as stream high-quality video, including Netflix and the BBC iPlayer.

For Black Friday and Cyber Monday, VyprVPN is offering a two-year subscription at a huge 80% discount compared to regular prices – that’s only $2.50 per month. The offer runs from mid-November to December 5 and is, of course, backed by comprehensive VyprVPN’s 30-day money-back-guarantee. 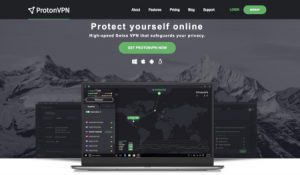 If it’s the absolute highest levels of privacy and security you’re after, few other providers can match ProtonVPN’s commitment. In fact, the Switzerland-based company is the only service that lets you run a double VPN in every country on their server list – that’s 44 locations worldwide.

There is, of course, much more to ProtonVPN. An easy to use feature-packed client, torrenting support, and excellent connection speeds are just some of the things that jumped out at me during my review of ProtonVPN.

Typically much pricier, you can pick a 2-year subscription to ProtonVPN’s Plus plan at a 40% discount or $4.00 per month. This Black Friday and Cyber Monday deal goes live on November 14 and ends at December 8.

They’re a provider very rarely has sales. So, if you were ever considering on jumping onboard with ProtonVPN, this an excellent chance. 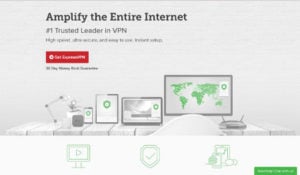 ExpressVPN is one of the best-known providers around. Thanks to an intuitively designed client packed with some of the strongest security features you’ll find, they’re both a great service for beginner to get their feet wet and have more than enough power to satisfy the advanced users.

As shown by my speed tests, ExpressVPN is also one quick provider. They have servers in 95 countries, and BitTorrent and peer-to-peer file sharing are allowed on all of them.

The Black Friday and Cyber Monday promotion, which is ExpressVPN’s best deal in a long while, is a 15-month subscription at 49% off. The sale starts on November 9 and ends December 3. 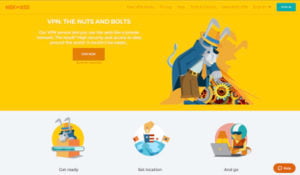 HideMyAss! has been around for a long time and is an excellent all-arounder VPN service. Their real claim to fame, though, is their global coverage. With servers in 220 countries, nobody does locations better.

All those servers don’t mean bad performance either. As HMA’s speed test results confirm, they hum along very nicely.

I do have a few concerns with this HideMyAss’s logging policy. It’s more than enough for the average user, but if you like your privacy bulletproof, you should look at CyberGhost or NordVPN. Everywhere else, though, HMA’s offering is on par with other VPN providers.

From November 19 through November 30, you can get a 3-year HMA subscription for 48% off. That’s a dollar per month less than any other sale I have seen from them this year. 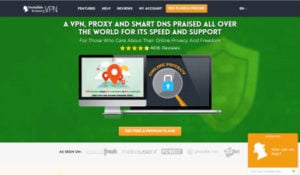 ibVPN is a smaller provider based out of Romania that offers all features you would expect from any top service at a price that few competitors can beat.

They provide maximum privacy thanks to their excellent zero-logging policy – and the fact they’re Romania based – peer-to-peer file sharing support, 173 well-performing servers in 46 countries and a client with just about every feature most of us will ever need.

Invisible Browsing VPN’s promotion is a very generous 78% off their Ultimate VPN one year plan. It’s a steal of a deal that ends up costing a mere $2.42 per month (or just $0.08 per day!)

This offer is available for one week only only, from November 27 to December 4 midnight Eastern European Time (UTC+2). 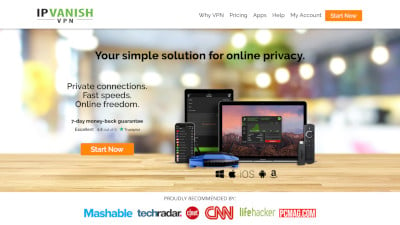 IPVanish is generally considered one of the better VPN providers on the market, and I tend to agree.

Though they’re US based, a strict no-logging policy ensures your privacy is maintained at all times (i.e. if the authorities come knocking, IPVanish has no information to give them).

IPVanish offers fast speeds across their entire network – a server list which spans 53 countries and 75 locations. You’re allowed unlimited P2P traffic and up to ten devices connected at the same time.

This is also one VPN provider that likes to continuously innovate and push the envelope with features like VPN connection masking and IP cycling.