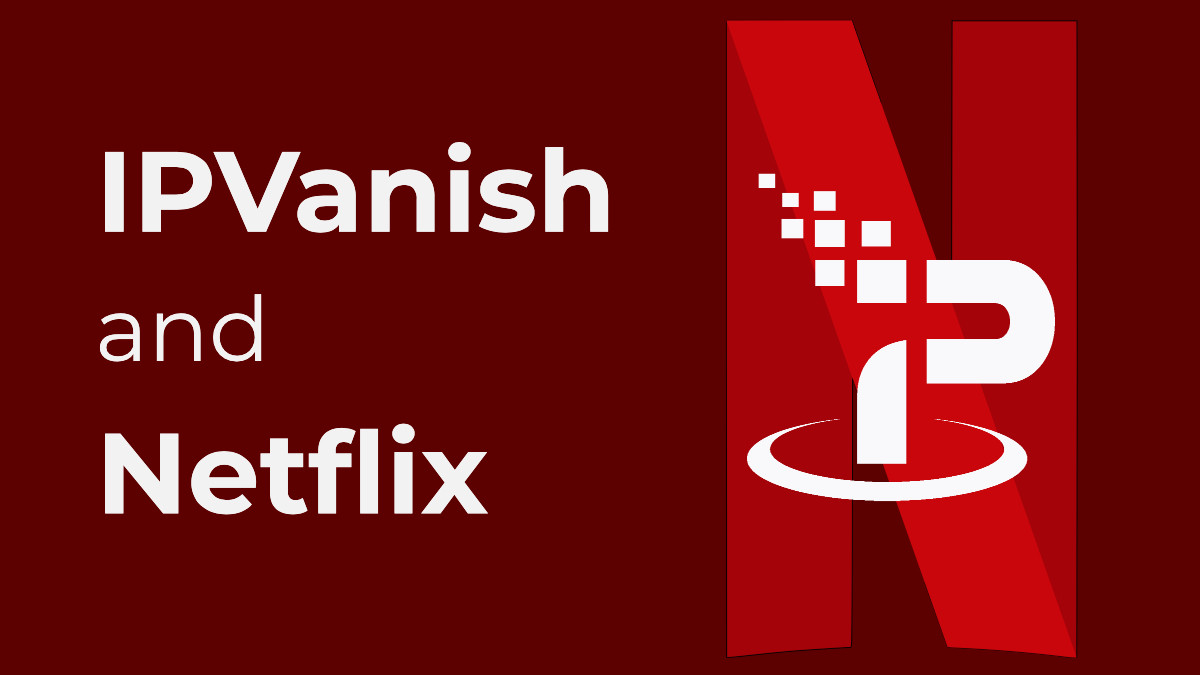 Streaming Netflix using IPVanish used to work like a charm. Then, January 2016 rolled around. That was when Netflix announced its ban and the subsequent war on VPNs.

Since then, many providers have given up on fighting the streaming giant. They threw in the towel and simply stopped trying to work around the Netflix block.

Thankfully, IPVanish was not one of those providers.

But, while IPVanish continues to work with Netflix, it does so with limitations. And those limitations could be deal breakers for many of us.

Can I Use IPVanish for Netflix?

As things stand, IPVanish can be used to stream Netflix. In my tests, the provider worked like a charm with the American version of the service. 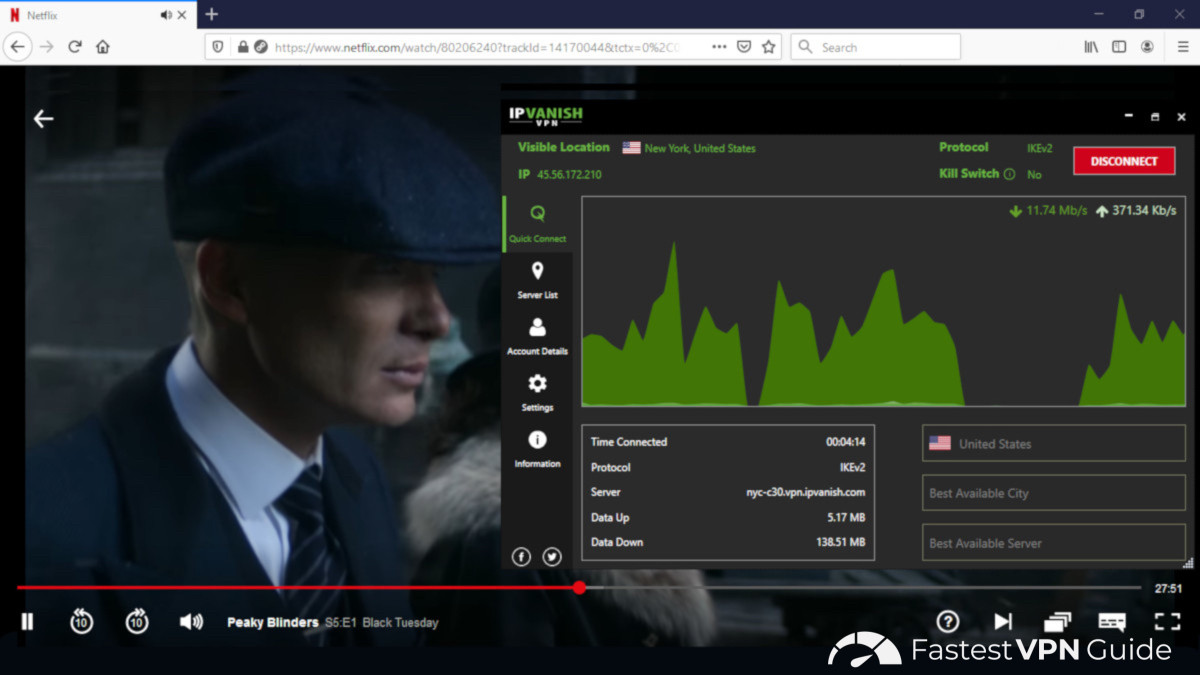 So, if Netflix US is what you’re after, IPVanish delivers the goods. Its servers offer excellent performance too, making it a good choice for streaming high-definition video.

Unfortunately, for any other country I tested, things don’t look that great. In all cases, IPVanish was detected, and I ended up seeing the dreaded Netflix error. 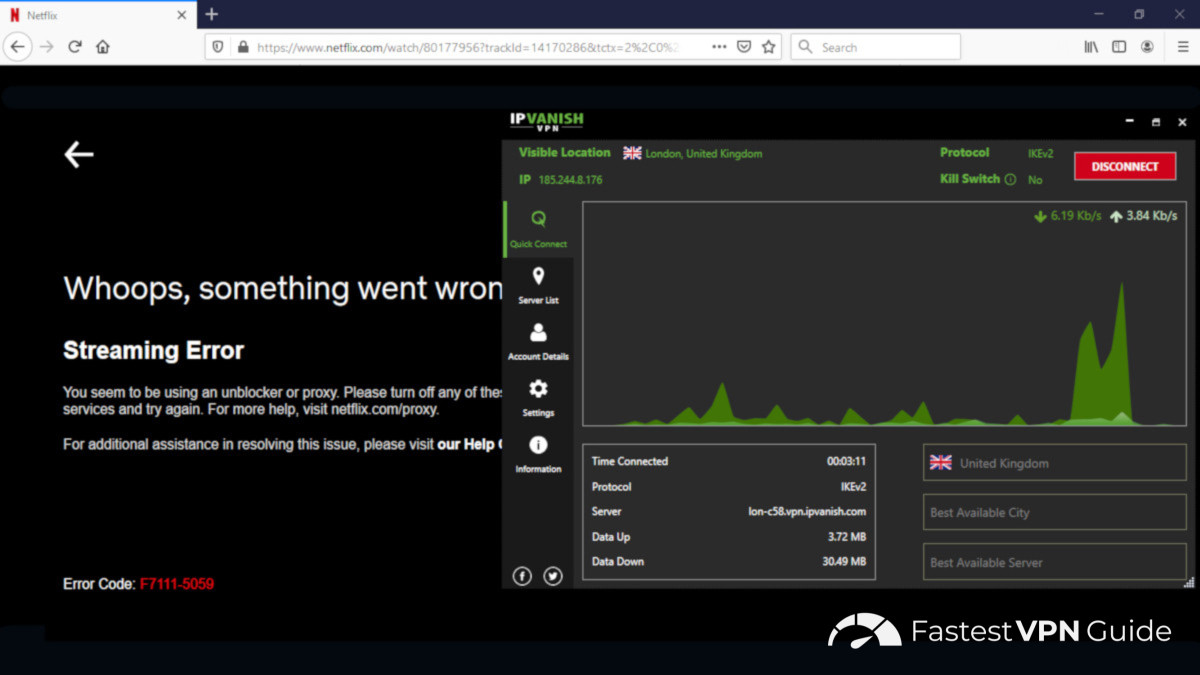 That means no streaming from the UK, Canada, Australia, France, Germany, or any other location popular with Netflix users.

So, if you’re hoping to use a VPN to stream any library other than the American one, you’re best off looking at one of the other Netflix VPN options. They all do a better job than IPVanish in that regard.

How to Unblock Netflix With IPVanish

Assuming Netflix USA is all you want to access, the IPVanish Netflix setup process is quite straight forward.

During my latest tests, I did not run into any American IPVanish servers that did not work with Netflix. However, that does not mean they don’t exist.

If you do find a server that is blocked, please see the “IPVanish Netflix Workaround” section below for exact steps on how to fix the problem.

Here is an update to date list of the best IPVanish servers for Netflix in the eight countries with the most popular libraries. As mentioned above, only servers in the US currently work.

If you would like to use one of these servers, in the IPVanish client, simply click on the “Server List” tab and type in the number into the search box. 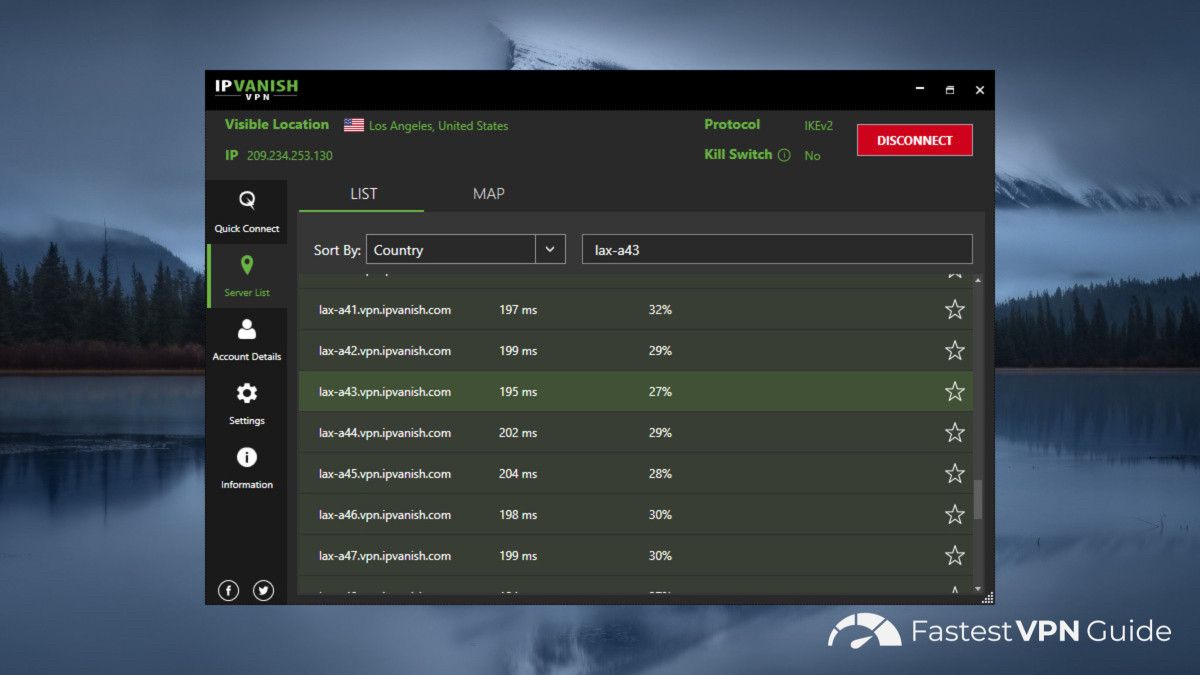 So, what to do when you find IPVanish not working with Netflix? Don’t let the dreaded “Whoops, something went wrong…” message scare you off – that is, after all, what Netflix is hoping. The simple workaround is to try a different server.

Every VPN server has its unique IP address – sometimes multiple ones. Netflix implements its VPN ban by blacklisting those IPs.

Providers like IPVanish, of course, know this. When an IP is reported to them as no longer working with Netflix, as quickly as possible, they swap it out for a new one that is not blocked.

Sometimes, this process takes only a few hours. Sometimes, it can take weeks. It all depends on the provider and their willingness to fight the Netflix ban.

Assuming a VPN provider intends on supporting Netflix, as is clearly the case with IPVanish in the US, there will always be servers with clean IPs.

Hence, when a server doesn’t work, try a different one. It shouldn’t take you more than a few tries to find one that unblocks Netflix.

The alternative is to switch to a different VPN – one that a bit better than IPVanish.

There will be times when, no matter how many servers you try, you won’t be able to watch Netflix. With IPVanish, that is the case with every country other than the United States.

This has been the case for a while.

For some reason, it seems IPVanish has given up on supporting access to all Netflix libraries outside the US. And they’re not alone. Plenty of other well-known providers, including Private Internet Access, have as well.

The good news is, some have not.

There are still several VPNs that work with Netflix no matter what country you’re trying to access. And, among the alternatives, NordVPN is the best.

Why does NordVPN work with Netflix in locations IPVanish does not? Simply put, they make Netflix compatibility one of their top priorities. 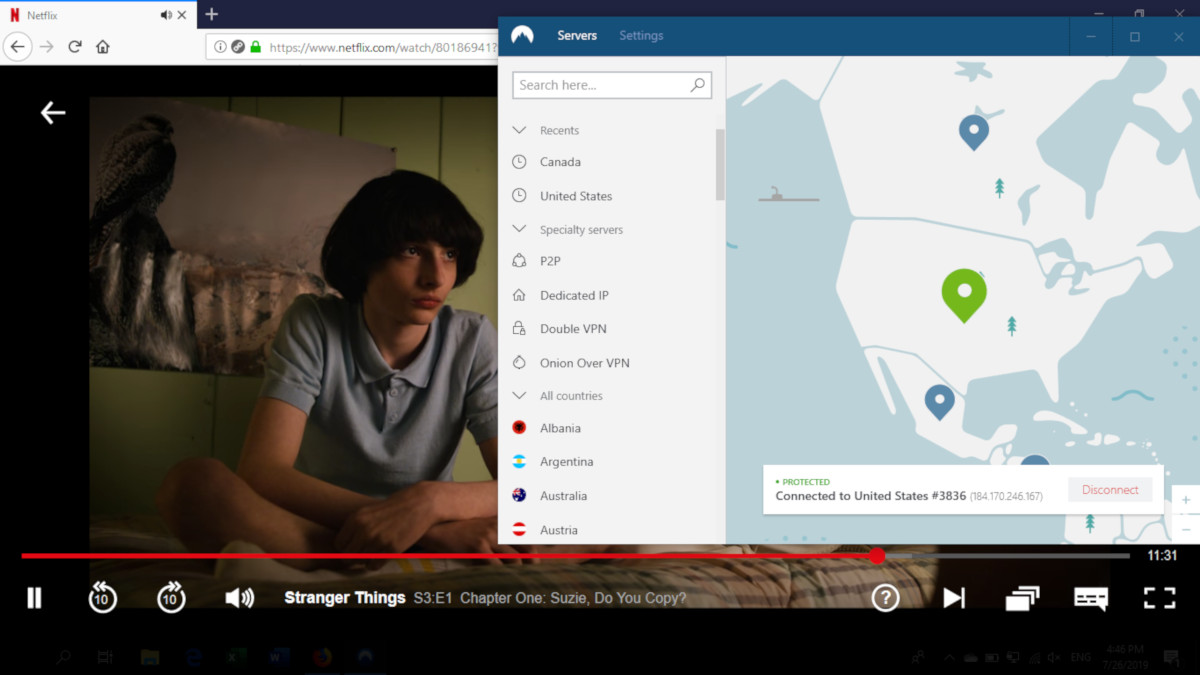 NordVPN’s server list is much bigger than that of IPVanish. That means a larger pool of IP addresses, which makes Netflix’s job of blacklisting them all more difficult. And indeed, so far, they haven’t come close to doing it.

Unlike most competitors, NordVPN also has staff specifically dedicated to making sure Netflix is working. So, they’re able to identify banned IPs and swap them out very quickly – sometimes in a matter of hours.

As far as streaming performance, NordVPN does an excellent job as well.

And, they’re quite a bit less expensive than IPVanish too.

When you add up all those things, you have a VPN provider that lets you stream Netflix in ultra-definition, no matter where in the world you are and which library you’re trying to access. And really, isn’t that what we’re ultimately looking for?

Can I Use a Free VPN for Netflix Instead of IPVanish?

Theoretically, you could use a free VPN to watch Netflix in countries where IPVanish does not work.

Sadly, in practice, the odds of you finding such a provider are slim to none.

Free VPNs do not have the financial resources to stay one step ahead of Netflix effectively. Plenty have tried. TunnelBear, for example, held its own for an impressively long time.

But, one by one, they all eventually gave up.

Free services tend to have limitations that make them less than ideal for streaming Netflix anyway.

The free version of TunnelBear only allows 500 MB of data per month. That’s not enough to watch even a single 30-minute show in high definition.

If you find IPVanish doesn’t unblock Netflix as well as you would like, free is, unfortunately, not the way forward. One of the other top-notch Netflix VPNs is.

Final Thoughts on IPVanish and Netflix

Yes, IPVanish will work with Netflix. But, it won’t do it nearly as well as some other providers.

The company seems to currently support only the US version of the service, which, while extensive, does not include plenty of shows available elsewhere.

For some of us, that may be enough. And, if US Netflix is all you care about, IPVanish will serve you very well.

But, for consistent access to absolutely everything Netflix has to offer, only the likes of NordVPN will do.