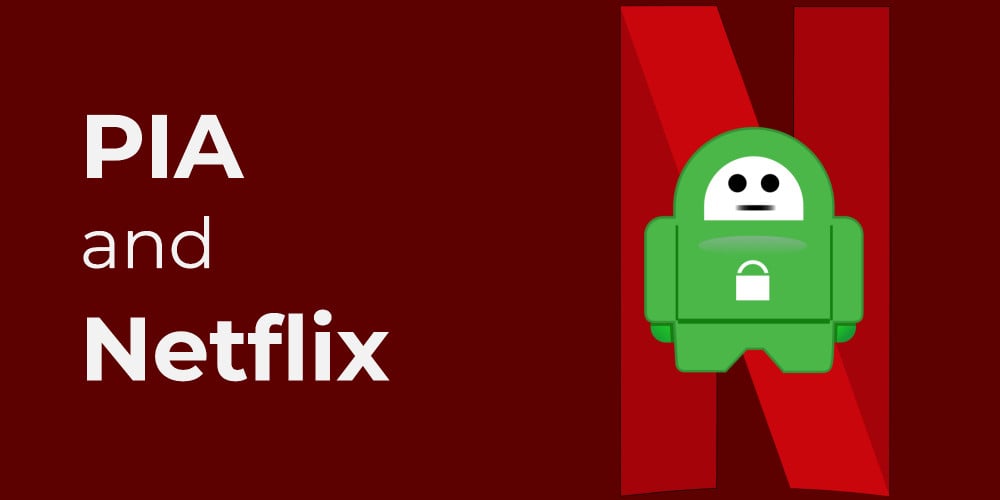 Shortly after Netflix announced in 2016 that it was going to crack down on VPN use, Private Internet Access officially took a stance. They would no longer support unblocking geo-blocked content.

The days of watching Netflix with PIA were over. Or so we thought.

Despite their new policy, Private Internet Access continued to stream Netflix perfectly fine on many of its servers. There was hope. The big question is, though, how are things looking now?

Unfortunately, for the most part, Private Internet Access is not working with Netflix.

That find is not surprising. PIA said outright they would no longer support geo-blocked material. The company markets itself as an online privacy and security solution – and reviews very well in those areas – not an online video streamer’s paradise. 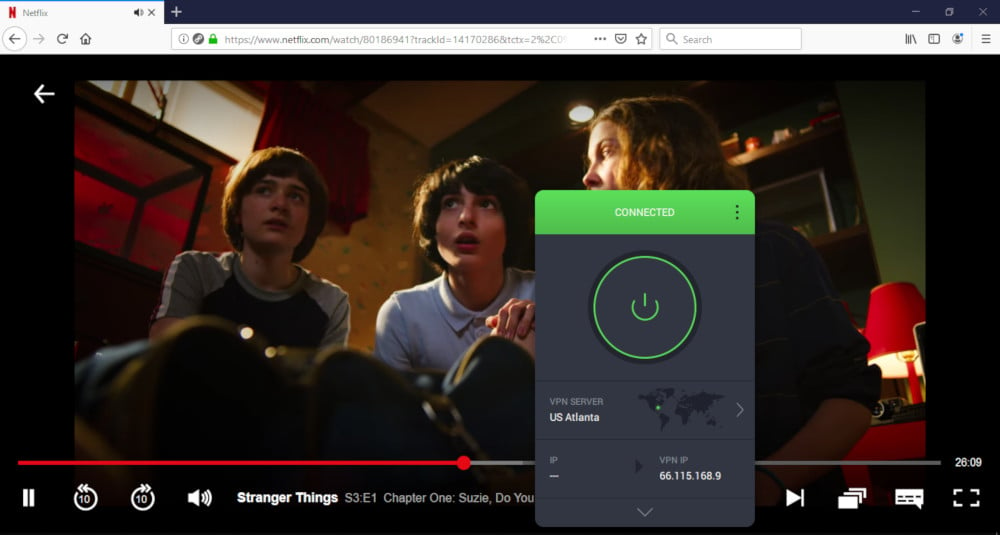 A few servers continue to work. They’re mostly in the United States and are few and far between, but they do exist. I list the ones I found just a little further down this page. So, if you’re, say, in Australia trying to get US Netflix, you’re in luck.

Elsewhere in the world, however, things look pretty grim. As I write this, I haven’t been able to find a single working server in other countries with sought after Netflix libraries, including the UK, Canada, Australia, Japan, or Germany.

Below is the list of the best PIA servers for Netflix in all countries with popular libraries.

Please note that even if a location is specified, there are potentially hundreds of servers there and not all may work. Several reconnections could be needed to find one that does.

Annoying, I know. But, without being able to pick a specific server, it’s the only solution Private Internet Access gives us.

Generally, it seems locations PIA added more recently have a better chance of working with Netflix than ones which have been around for years.

This is the reason why Atlanta, Las Vegas, and Washington DC make the server list for Netflix US.

It’s also the reason why I haven’t been able to find a single working server in, for example, Florida. It’s a location that has been around since before I first started using PIA well over five years ago. All those servers are long blacklisted.

PIA Not Working With Netflix?

Even if you connect to one of the locations called out above as okay, you may still find Private Internet Access not working with Netflix.

Unfortunately, the PIA client does not let us select specific servers. There are dozens if not hundreds of them at each location. Some work with Netflix, while others do not.

If you get the dreaded “Whoops, something went wrong…” streaming error message despite connecting to a location that is supposed to be okay, reconnect and try again. Odds are you were unlucky and ended up connecting to a PIA server Netflix already blacklisted. 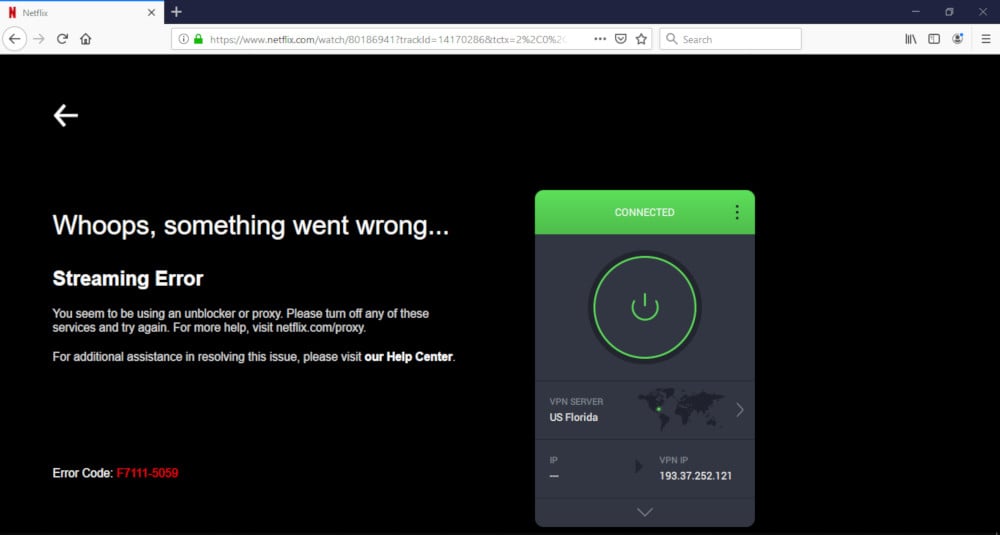 Annoyingly, you may have to try dozens of servers before you find one which doesn’t show you Netflix proxy error code m7111-5059 (or m7111-1311-5059, depending on the country). And at some locations, you may no longer find one at all.

As stated earlier, PIA decided to not get into a giant game of whack-a-mole with Netflix, which is essentially what providing support for geo-blocked content is.

It takes a large amount of resources to keep a VPN working with Netflix. The provider needs to monitor which server IPs are blacklisted and replace them until, sometime in the future, they get blacklisted again.

Netflix has been known to block entire ranges of IP address from a single data center too. From a VPN’s side, that can be very expensive to fix.

Private Internet Access simply decided not to play that game.

With a 3266 strong worldwide server network, they certainly have the resources. But they instead choose to focus those resources elsewhere, like providing the top-notch privacy and security for which they’re known.

All this to say, if you want to reliably watch Netflix from other countries, PIA is no longer the right choice.

If it’s a problem-free Netflix experience you’re looking for, unfortunately, you need to look elsewhere than PIA.

Several VPN providers can get you consistent access. But, in my experience, it’s hard to beat NordVPN. Regardless of which country’s library you want to stream, they’re without a doubt the best VPN for Netflix. 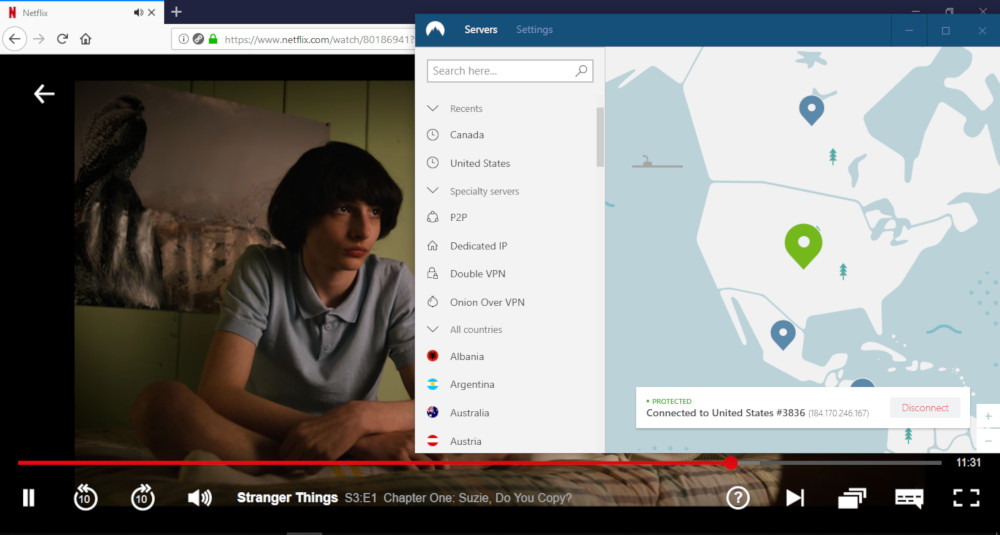 What makes NordVPN so much better than PIA? They make Netflix running a priority.

NordVPN has a huge, continuously expanding server list. Thanks to all that hardware, they’re nearly always able to add and swap out server IPs quicker than Netflix can block them, anywhere in the world.

Unlike most providers, NordVPN has staff dedicated to the ensuring Netflix is working too. Other VPNs tend to rely on customers to report outages, which is why it can sometimes take them days or weeks to fix any problem.

When an issue accessing Netflix comes up on one of NordVPN’s servers, they typically get it resolved in a matter of hours. At the same time, of course, their other 5499 servers continue to work.

NordVPN also shines when it comes to connection speeds.

Put all these things together, and you have a VPN that lets you stream in high-definition, from any country’s Netflix library, anytime you want to do so.

Can I Use a Free VPN for Netflix Instead of PIA?

In theory, yes, you can use a free VPN as a replacement for PIA to watch Netflix. In practice, it doesn’t work very well and, depending on your provider choice, can even be downright dangerous.

Honestly, you’re better off sticking with PIA and the handful of their servers that unlock Netflix than going the free VPN route.

Even if you find a free provider with servers in the country whose Netflix library you want to access, and even if (and this is a big if) those servers unblock Netflix, the performance of the connection is typically so bad, that low-quality video and constant buffering are all you should expect.

The fact is free VPNs don’t have the same resources as their pay counterparts to invest in their infrastructure. They can’t give you decent speeds, let alone continuously swap out IP addresses blacklisted by Netflix.

Then there is the problem of how free services make money. Ads, we can probably live with.

But, when it comes to tracking and selling my online activities, or infecting my device with malware, or selling my bandwidth to other users (as Hola was caught doing a few years back), that’s where I draw the line.

At least with Private Internet Access, you know you and your data are private, safe, and secure.

Final Throughs on PIA and Netflix

A few years ago, watching Netflix with Private Internet Access worked very well. These days, not so much.

When Netflix decided to ban VPN use, PIA chose not to try to get around whatever measures Netflix put it. Instead, they took their service in a different direction, focusing on user privacy and security.

And fair enough. They’re excellent at what they do.

But, while a few of PIA’s servers will still unblock Netflix, if it’s consistent access you’re after, you have to look at other providers. And currently, no VPN does a better job of it than NordVPN.