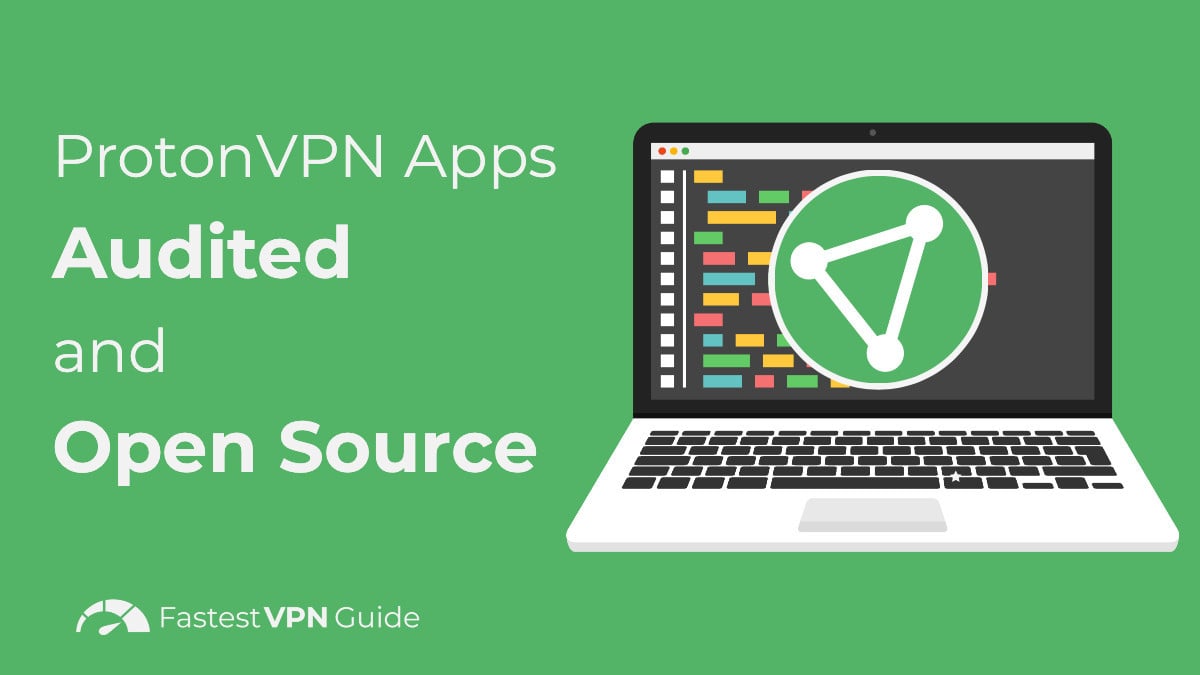 In the world of VPNs, the competition for landing new users is fierce. The resulting game of one-upmanship by many top VPN providers, however, has been great news for us, the consumers.

In some cases, it’s led to rock-bottom prices and countless discounts and sales.

In other cases, the result has been providers expanding their services with features like double VPNs, kill switches, adware and malware blockers, and bigger server lists.

One top provider, ProtonVPN, has now raised the bar to a new level, and they’ve done so in two ways.

First, they’ve become the latest major VPN to undergo a 3rd-party security audit. It’s a move that, in and of itself, is not so surprising, but still much appreciated.

But, the more interesting development is that ProtonVPN has just made all their apps open-source. That puts them into a very small group of providers to do so.

In fact, so far, they’re also the only top-tier VPN to take that step.

It’s an almost unprecedented move towards transparency that carries significant benefits for us, the users.

On January 21, 2020, ProtonVPN announced the results of its first-ever 3rd-party security audit. The test was carried out by respected cybersecurity and penetration testing firm SEC Consult.

Four of ProtonVPN’s apps – Windows, macOS, iOS, and Android – were put to the test.

If you’re interested in taking a detailed look at the results, the full reports for each platform are available at these locations:

That said, here’s is a quick summary of what SEC Consult found and ProtonVPN’s responses.

The Decision to Go Open Source

To take their commitment to transparency to the next level, ProtonVPN has also decided to make all their apps open-source. The complete source code for each is now available to the public.

It’s an extremely rare step for a major VPN provider to take. In fact, only AirVPN and Mullvad rely on open-source apps. And, they’re nowhere near the size of ProtonVPN.

So, big kudos to ProtonVPN here.

In making this announcement, ProtonVPN recognized the valuable contributions the user community has made to their Linux app, the code for which was already available for some time.

On their decision to go open-source, ProtonVPN said:

As a community-supported organization, we have a responsibility to be as transparent, accountable, and accessible as possible. Going open-source helps us to do that and serve you better at the same time. Your feedback and suggestions have become a vital source of ideas and inspiration for us, and we will continue working to meet your expectations in 2020 and beyond.

If you’re a developer and want to take a look at the inner workings of ProtonVPN’s app, you can find the source code on ProtonVPN’s GitHub page.

Whether you’re an existing or potential ProtonVPN user, there’s a lot to like about the provider’s decisions to participate in 3rd-party audits and go open-source.

Both ensure their software is as secure and problem-free as can be and that it adheres to the latest standards.

Allowing an army of hobbyists and developers to pour over and contribute to ProtonVPN’s code could be an especially brilliant move. After all, nobody knows better what the VPN user community wants than the users themselves.

And, hopefully, ProtonVPN raising the bar will push at least some of the other top VPN providers to follow suit in the not too distant future.