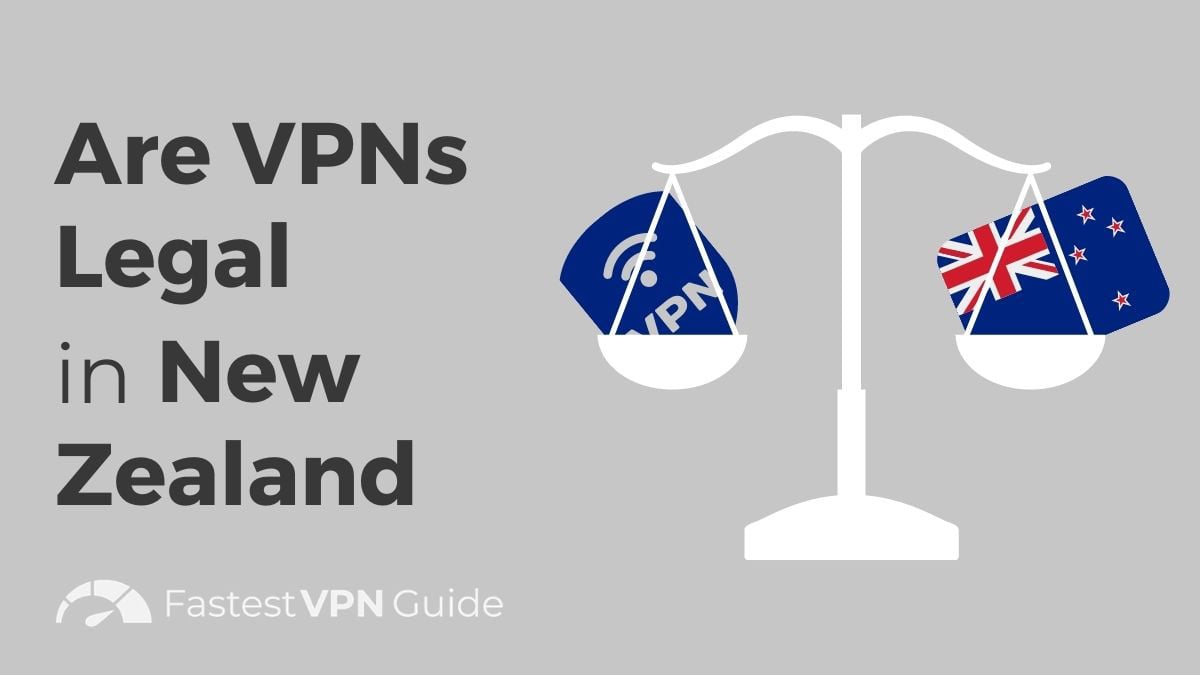 A virtual private network (VPN) can give you better internet privacy and security, protect you from eavesdroppers, let you sidestep internet censorship, and open up the gates of foreign Netflix (or any other out of market streaming service).

That said, New Zealand government agencies are known to be quite enthusiastic about looking in on the online activities of anyone inside the country. And since a VPN prevents them from doing so, you might worry about the legality of using one.

In other words, to put it bluntly, are VPNs legal in NZ?

The answer is right below, so read on to find out!

Is Using a VPN Legal in New Zealand?

As briefly mentioned above, New Zealand is a surveillance-happy state. Through the use of military grade encryption, VPN services prevent spying. So, it’s certainly not far-fetched to ask yourself if you’re allowed to connect to a one when in the country.

Here is the good news:

Yes, VPNs are completely legal in New Zealand. There isn’t a single piece of legislation that bans them – nor are there plans to create one.

Whether you’re an NZ resident, citizen, or temporary visitor, you are free to use a VPN to protect your privacy and stay anonymous online.

You can also use any service you want – it doesn’t have to be registered in New Zealand. Indeed, most of the best VPN providers are not.

That all said, there is one (hopefully obvious) caveat. VPN or no VPN, you still shouldn’t commit crimes.

Yes, VPNs can cover your digital tracks. But breaking the law is breaking the law. Selling banned substances online or infringing on copyrights is illegal, no matter what.

The bottom line is simple:

As long as what you do on the internet is within the bounds of the law, VPN use is legal in New Zealand.

Why Use a New Zealand VPN?

So, is VPN legal in NZ? As we have just learned, yes.

But do you need one? Here too, the answer is yes – and very enthusiastically so.

These are the key reasons why everybody should at the very least consider a VPN in New Zealand:

And there you have it – six solid reasons why all of us in New Zealand should consider singing up with a VPN provider.

Is VPN legal in New Zealand? It absolutely is.

You are free to sign up for any VPN service and use it to protect your privacy and anonymity online. As long as you don’t break the law otherwise, the VPN itself is not a problem.

And, you probably should get a VPN if you’re in NZ, too.

Not only do the NordVPN’s and Surfshark’s of the world open geo-blocked content, but they help you avoid government spying and P2P-related trouble.

The use of VPNs has many benefits, and very few drawbacks.