Skip to content
Home » VPN Guides » NordVPN in China: Does It Work and How to Get It 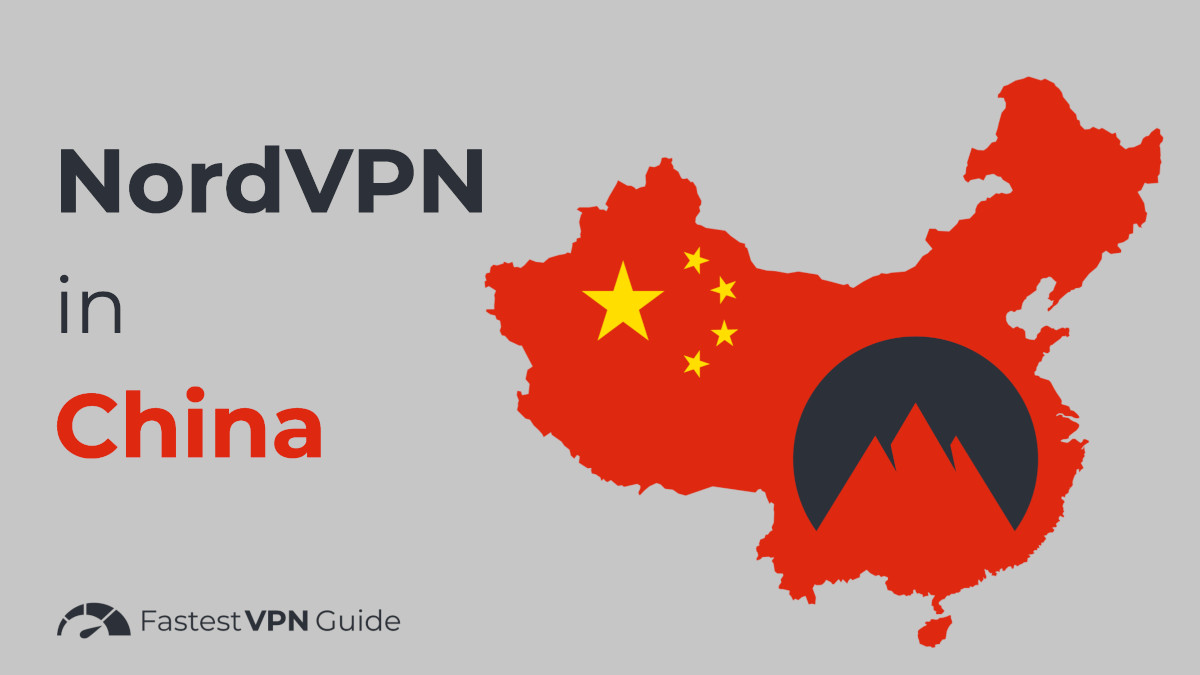 China heavily censors the internet – there’s no arguing that. The Great Firewall blocks access to thousands of websites, apps, and social media.

But, that is to expected considering the country scores dead last in Freedom House’s internet freedom rankings.

And while a Virtual Private Network (VPN) should let you get around China’s internet blocks and filters, most of them don’t work.

There are, however, a few exceptions. And NordVPN is one of them.

Read on to find out why does NordVPN work in China when others fail, how to get it, and how to use it correctly.

How Does NordVPN Work in China?

NordVPN does two things to give us reliable and private VPN China access.

When you look at where NordVPN’s 5145 servers are hosted, you’ll notice that not one server is in China.

In June 2017, the country introduced a law that forces VPNs (and other internet companies) to register with the government and turn over usage data when asked. Obviously, this seriously compromises the privacy aspect of every VPN in China.

By keeping its operation out of the country, NordVPN doesn’t have to comply with Chinese laws. That enables it to keeps its user data private and out of government hands.

The second thing NordVPN does to work in China is use server obfuscation.

Even though the Chinese government can’t get usage information from NordVPN, it doesn’t mean they can’t block access to its servers. And that’s what they try to do.

By using a variety of methods, including deep packet inspection (DPI), China blocks all unauthorized VPN traffic on its networks. Rudimentary techniques like changing your IP address can’t get around these blocks.

Using obfuscated servers is an advanced solution to this problem. These specialized servers camouflage VPN streams to make them look like regular internet traffic. That makes it much harder, if not impossible, for China to block or filter VPN data.

How to Use NordVPN in China

NordVPN’s Obfuscated servers are how you get the service to work in China. As explained above, server obfuscation is a way to camouflage VPN traffic, preventing it from being detected and blocked.

To use server obfuscation, the NordVPN client needs to already be on your device. Ideally, you should get it before arriving in China. If that’s not an option, I have a guide on downloading it from within the country a little further below.

Please note that NordVPN’s obfuscation currently only work on its Windows, macOS, Linux, and Android clients. The iPhone and iPad iOS apps don’t support it. To get it working on those devices, you have to manually set up an IKEv2/IPSec connection.

With the NordVPN client downloaded and ready to go, here are the steps to enable and connect to obfuscated servers. This guide uses the Windows client, but the steps are very similar on all other platforms.

That’s all. You should now be able to connect to NordVPN from China.

If, at any point, you would like to turn obfuscated VPN servers off, follow the same six steps with one small change. In step four, disable obfuscation instead of turning it on.

Get NordVPN for China >>

Since China blocks NordVPN’s website, the best way to download it is to do so before you get there. Obviously, though, that’s not always possible.

If you’re already in the country, there are still a few ways you can try to get NordVPN from inside. Neither of these three methods is as sure of a thing as downloading the client outside of China, free of any internet restrictions. But, much more often than not, at least one of them will work.

What to Do If NordVPN Is Not Working?

While NordVPN is, without a doubt, one of the best VPNs for China, even the best can have hiccups. If you find NordVPN not working as well as it should, here are several things you should try.

If you find you can access some sites but not others, that issue is likley not related to a Chinese government VPN block. Rather, it’s caused by the site you’re trying to reach.

For a variety of reasons, certain sites and online services like to block VPNs.

Those attempts are usually much less sophisticated than what China uses. In the vast majority of cases, switching VPN servers (which changes your IP address) will do the trick.

Other VPNs That Work in China

In rare cases where you can’t get NordVPN to work in China, there are a couple of other options that can give you reliable VPN access.

Does NordVPN Have Servers in China?

Even though the NordVPN server network spans an impressive 60 countries, it does not have Chinese servers.

As of 2017, the country requires all VPNs in China to register with the government. That regulation also binds those companies to hand over user and usage data upon request.

Following any such law would mean compromising the anonymity, privacy, and potential security of VPN users. By choosing to not run Chinese servers, NordVPN doesn’t have to comply with it.

The downside of this decision is that you can’t use the service to VPN to China from outside.

Is NordVPN Owned by China?

No, NordVPN is not owned by China or any company with any Chinese ties. The service is owned by Tefincom S.A. and based out of Panama, a country with excellent privacy and no data sharing laws.

NordVPN also does not offer any China-based servers. As such, it doesn’t have to (and, indeed, does not) respect the country’s data retention and sharing regulations.

Is Using NordVPN in China Legal?

VPN technology is not illegal in China. No laws prevent you from using one inside the country. No one has ever been charged for doing so either.

That said, not every VPN provider is freely accessible.

Only those VPNs which operate with a Chinese government “license” are easy to get your hands on. Owning a license translates to complying with various government laws and regulations, including those on data retention and disclosure – obviously, not a good thing for privacy.

Just about every western VPN provider, NordVPN including, is not licensed in China. However, that doesn’t mean using one is illegal – no Chinese law says it is. They’re just not the easiest of software to get a hold of.

Since NordVPN doesn’t have a physical presence in China, it doesn’t follow local data retention and activity reporting laws. Its obfuscated servers also do an excellent job of going undetected by the Great Firewall.

The bottom line is, NordVPN works in China and does so well – better than most other VPN providers. You can rely on it for private, anonymous, and reliable access to apps, websites, and social media that would otherwise be blocked.

Official NordVPN Coupon
Get 70% off NordVPN (the price drops to $3.49 per month)
Get NordVPN’s Deal Here >>
(Discount applied automatically by clicking the link above)