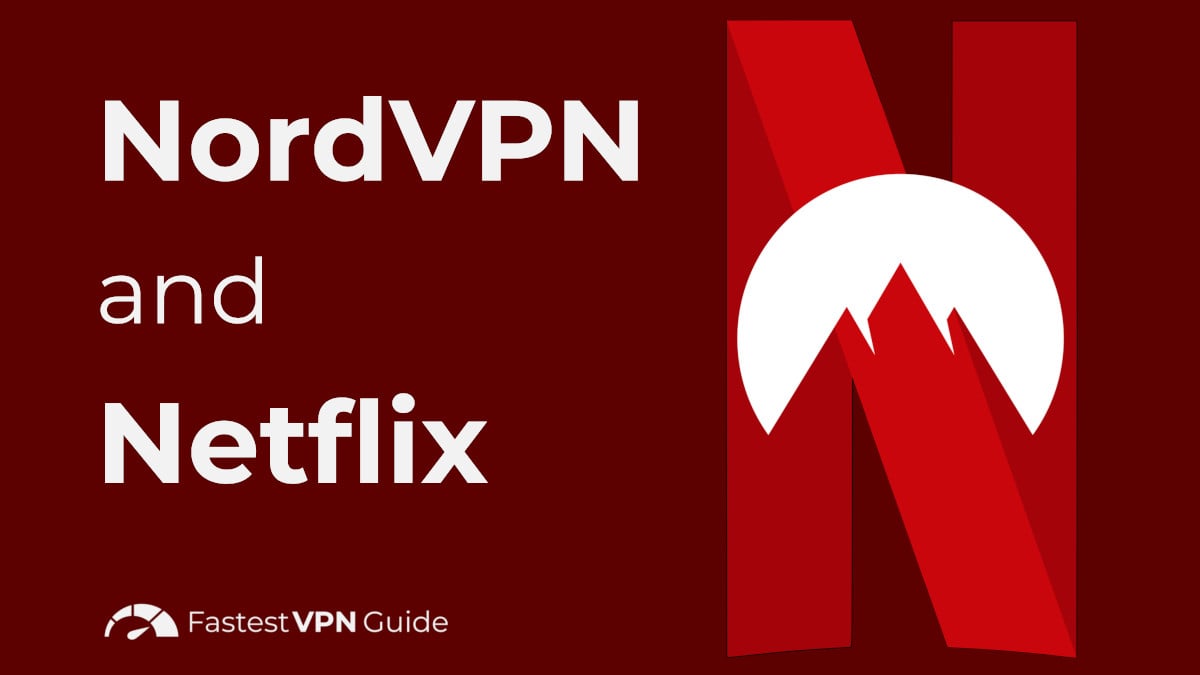 You have to hand it to them. When the Netflix VPN ban came into effect several years ago, few people (myself including) thought they could pull it off. But, they have proven to be surprisingly resourceful and efficient in their quest.

Since that day in January of 2016, many VPN providers have accepted their fate and given up on trying to get around the Netflix block. Thankfully for us, NordVPN is not one of them.

NordVPN is, hands down, one of the best VPNs for Netflix and for streaming access in general. And we’re not talking only the US version of the service either.

How to Use NordVPN With Netflix

Getting up and running with NordVPN and Netflix is simple.

During my last round of tests, I had a 100% success rate in getting Netflix going for every location I tried. 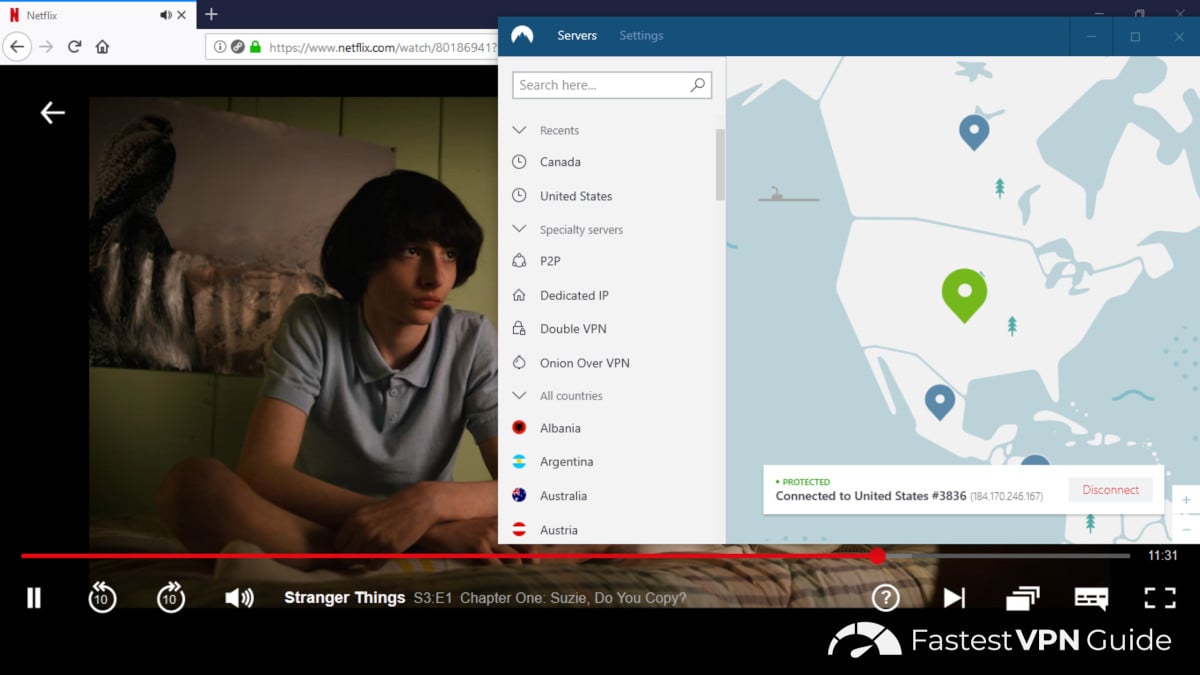 If, for whatever reason, things do not work (which rarely happens with NordVPN), start randomly selecting other servers in your preferred country until you find one not blocked by Netflix. Typically, you won’t need more than a few tries.

If you would like to shortcut this process, I also keep a bit further down this article an updated list of NordVPN servers that last worked for me.

Why Use NordVPN to Unblock Netflix?

There are a few things which make NordVPN an excellent choice for watching Netflix.

NordVPN’s server list is rather large and continues to expand weekly. Because of all this hardware, they can easily add new IPs and quickly swap out any that no longer work.

As I mention in my review, NordVPN’s customer service is excellent and has a whole department dedicated to ensuring Netflix, and indeed other streaming services, work. Most VPN providers rely on their subscribers to let them know of outages. That can take days or weeks. NordVPN can be a lot more reactive.

What ruins a Netflix binge night almost as much as it not working at all? Constant video buffering.

There too NordVPN shines, with server connection speeds that are among some of the best in the industry.

All these things make NordVPN a great choice for changing your Netflix region and streaming any show, in high-definition, from anywhere in the world.

Can I Use a Free VPN Instead of NordVPN?

You can try using a free service instead of NordVPN to access Netflix but, more likely than not, it will be an exercise in frustration and end in failure.

Assuming you can find a free VPN that offers servers and decent connection speeds in the country where you want to watch Netflix (that’s already a big ask), you’ll almost certainly find their IPs blocked.

Free providers simply don’t have the resources of a NordVPN to continuously monitor and swap out blacklisted IP addresses. They’re an easy target and one I can almost guarantee Netflix has already eliminated.

Here is the list of the best NordVPN servers for Netflix at the most popular locations. It is updated regularly, and I have last manually confirmed it as working on Sunday, February 5th, 2023.

NordVPN Not Working With Netflix?

So, what do you do if, despite trying the above servers, NordVPN does not work with Netflix?

If you’re running into Netflix proxy error m7111-5059 (sometimes displayed as m7111-1331-5059), no matter which country supported by the service you’re trying to access, try the following workaround.

For Windows, macOS, or Linux:

If you have an Android or iOS device:

Odds are, these steps will fix the annoying “Whoops, something went wrong…” streaming error message right up.

If the problem persists despite taking the steps above, Netflix has likely blacklisted the NordVPN servers that were previously working (which they do periodically), and I haven’t yet had a chance to update this page with new ones.

In this situation, you have three choices:

If you go with workaround option three, you can either pay for a single month subscription as a stopgap until NordVPN is back up and running (which they will be) or get an inexpensive longer-term subscription with another provider that typically works (please see below).

Taking advantage of another provider’s money-back guarantee is also an option, though you only get to do so once.

Since there is more than one VPN that works with Netflix, for those very rare occasions when NordVPN is blocked, I always have another provider on stand-by.

My second choice is Surfshark. They’re a well reviewed VPN that has proven themselves to unblock Netflix as consistently as NordVPN, and the odds of both providers not working at the same time are slim to none (at least it’s not something I have ever run into).

As luck would have it, Surfshark is also the least expensive Netflix VPN around, especially when you take advantage of their insane discounts. Having it as a backup to NordVPN is the best way of making sure you can watch any country’s Netflix library anytime you want.

2 thoughts on “Does NordVPN Work With Netflix?”