Skip to content
Home » VPN Guides » NordVPN Obfuscated Servers – The What, Why, and How 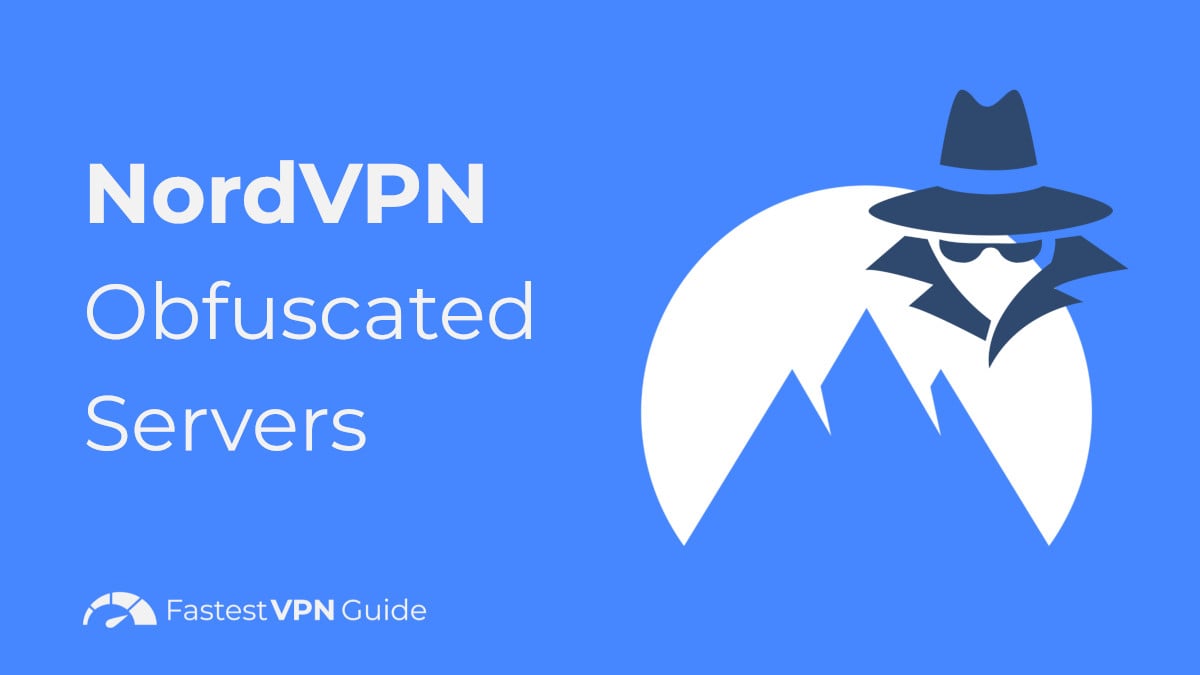 NordVPN is a great VPN provider – easy to use, secure, and packed to the brim with well thought out and implemented features. It’s the reason why it so consistently gets the high review score it does.

Among the many things NordVPN offers is server obfuscation, a feature many of us don’t use and perhaps are not even necessarily clear on.

It can, however, be a very useful tool.

In a nutshell, obfuscation is the method a VPN uses to hide its traffic and make it seem like you’re not using a VPN at all. And NordVPN’s implementation of it is what I’m going to cover in this article.

Read on to find out what NordVPN obfuscated servers are, what makes them special, why and when we should use them, and how to turn them on (or off) when needed.

What Is a NordVPN Obfuscated Server?

Server obfuscation is a technology that NordVPN uses to hide VPN traffic.

Often called “VPN cloaking” or “stealth VPN,” obfuscation doesn’t modify any of the data sent. Everything is also still encrypted, as always.

A NordVPN obfuscated server does its best to make your VPN connection look like typical, run-of-the-mill internet activity – such as secure HTTPS traffic. This makes it much, much harder for anyone to detect you’re connected to a VPN and to do anything about it.

Why Use Obfuscated Servers?

We use obfuscated servers to prevent VPN blocking and filtering.

When connected to a VPN, the data we send and receive is encrypted. That makes it impossible for anyone to see what we do online – what websites or services we use or what information we download.

For that reason, in many parts of the world – China or the middle east, for example – VPN use is heavily restricted or banned. Using one prevents ISPs and governments from keeping tabs on our online activities and from censoring information we have access to.

Making the VPN tunnel look like regular internet traffic means that server obfuscation allows it to sneak by any filters or blocks trying to stop it.

The result is an unrestricted, uncensored online experience and better internet privacy no matter where in the world you are.

Here is NordVPN’s take on it.

It’s also not just parts of the world run by oppressive governments where server obfuscation comes in handy.

In many western countries, some schools, workplaces, and sometimes even libraries and coffee shops try to prevent VPN use. Obfuscated servers are a great tool to get around those blocks as well.

How to Enable NordVPN Obfuscated Servers?

Since the vast majority of NordVPN users don’t need to use obfuscated servers, access to them is disabled by default. But turning them on only takes a few clicks.

Before you can do so, however, you need to first to do the following:

With the app running and you logged in, you can now enable server obfuscation. I’m using the Windows client as an example, but the process is nearly identical on all platforms.

The process to turn off NordVPN obfuscated servers is nearly identical. The only difference is in step 4, where, instead of enabling obfuscation, you disable it.

Note that obfuscated servers do come with additional overhead, meaning they may lower your internet speed beyond what a regular VPN connection does. So, unless you need to, you may be better sticking to regular servers.

While it is extremely rare that one of NordVPN’s obfuscated servers isn’t working as it should – it’s something I have personally never experienced – it can happen. Technology is, after all, technology.

If you’re running into an issue, here’s a list of things you can do to fix it:

16 of the 60 countries that show up on the NordVPN server list run obfuscated servers. There is currently a grand total of 109 of them.

You can take advantage of VPN obfuscation at the following locations:

How to Connect From Internet Restricted Countries

If you know you will be spending time in China or another country with internet restrictions, ideally, you should set up your NordVPN app before you arrive – you may not be able to download it there.

That said, there is another way to access one of the provider’s obfuscated servers if you’re already at your destination.

NordVPN offers handy guides on establishing a connection from restricted countries without a client – detailed steps for Windows, macOS, Android, iOS, and Linux are available. The methods are a little more involved but will get you up and running.

Once connected to an obfuscated VPN server, you should be able to download the app as per usual.

Few VPN providers do online privacy better than NordVPN, and their server obfuscation technology is a big piece of that puzzle.

If you’re in a country where VPN use is prohibited or one of the many schools or workplaces where overzealous network admins flat out block VPNs, NordVPN obfuscated servers can give you the access you want.

They’re another great tool in our arsenal that ensures we always have the unrestricted and private access to the internet we all deserve.

Official NordVPN Coupon
Get 70% off NordVPN (the price drops to $3.49 per month)
Get NordVPN’s Deal Here >>
(Discount applied automatically by clicking the link above)