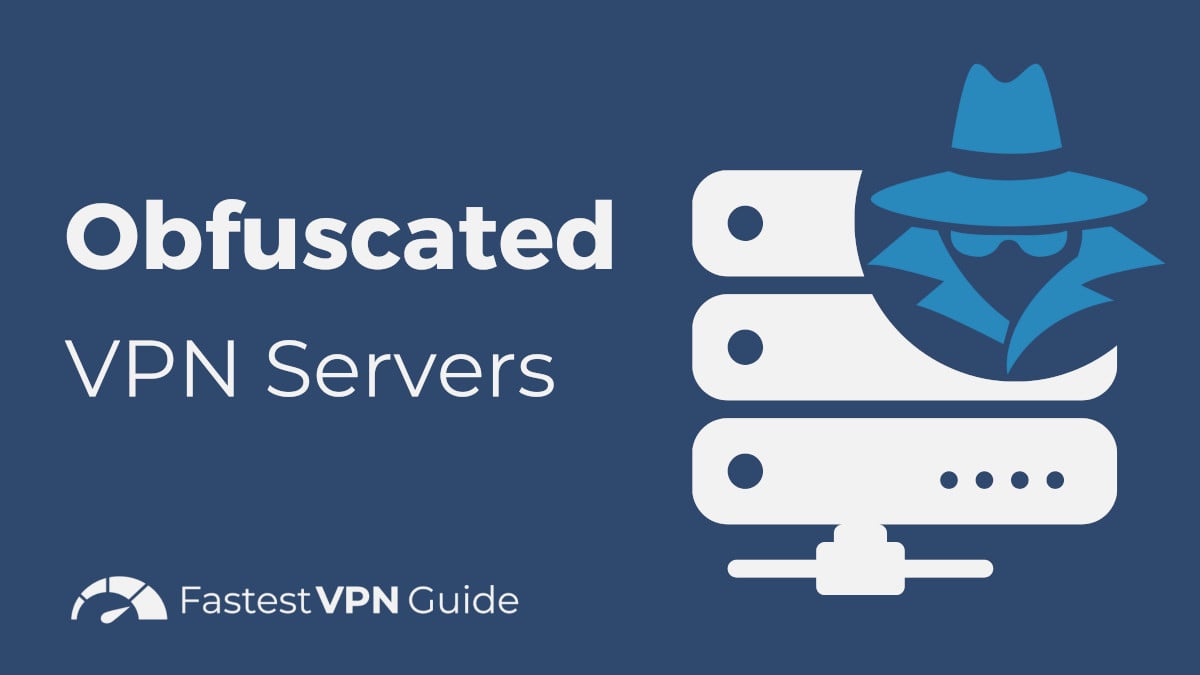 VPN obfuscation is increasingly common. Whether it’s called cloaking, Obfsproxy servers, stealth VPN, or any other buzz term, more and more providers seem to include it as a feature.

But, are obfuscated VPN servers something we really need to care about? And what are they even in the first place?

As it turns out, VPN obfuscation can indeed be a very handy tool. And in this article, I’ll cover everything you need to know about it – what it is, why and when you should use it, how it works, and which VPNs best implement it.

What Is VPN Obfuscation?

Simply put, VPN obfuscation is a way to disguise VPN traffic so that it doesn’t look like VPN traffic.

By default, even though the data sent between your device and a VPN server is encrypted (which prevents anyone from reading it), it still has detectable patterns. For example, OpenVPN, the most commonly used VPN protocol, has a distinctive signature that is not too difficult to identify.

To put it differently, when connecting to regular VPN servers, a third party can usually tell you’re using a VPN even though it doesn’t know which websites you visit or what you download.

Obfuscation fixes that. It eliminates detectable protocol and encryption patterns and signatures, so you get the privacy and anonymity of a VPN without anyone knowing you’re using one.

Why Use an Obfuscated VPN?

So, obfuscation hides the fact that you’re using a VPN service. That may not seem like such a useful feature, but there are many situations where it comes in handy.

Here are five excellent reasons you may want to use it.

When Is Server Obfuscation Not Needed

As useful of a feature as VPN obfuscation is, it’s not always needed. Ultimately, whether it should be used or not boils down to our circumstances and needs. And the vast majority of us tend to skip it.

Unless VPN use is restricted or you’ve very keen on having an additional layer of privacy, obfuscation is generally not necessary – using regular VPN servers should give you everything you need.

As you decide whether to obfuscate your VPN traffic, there are also two things you should keep in mind.

Every VPN provider has its approach to camouflaging VPN traffic. Under the hood, Surfshark’s “NoBorders” mode works quite a bit differently than VyprVPN’s “Chameleon” protocol.

Ultimately, though, there are four common methods of traffic obfuscation, and all providers will use one or a combination of several of them.

But, to help us better understand those methods a bit better, let’s first take a look at how a third party may detect and block a VPN in the first place.

How Are VPNs blocked?

While there are countless reasons why governments, ISPs, or online services block VPNs, there are just three techniques most of them rely on.

VPN providers have their work cut out for them if they want to get around VPN blocks. But, where there’s a will, there’s a way.

Just like anyone trying to detect and block a VPN has several options available, VPN companies have multiple ways of camouflaging traffic.

All obfuscation methods work on an already encrypted VPN data stream. They apply additional operations on top of the stream and never undo anything that has been previously done to it.

In other words, yes, obfuscated VPN traffic is always encrypted. Depending on how the connection is camouflaged, it may even benefit from a second layer of encryption.

Getting VPN obfuscation to work well is no easy task, which is why most VPN providers don’t bother. Thankfully, a handful does offer it, including some of the biggest names in the industry.

If obfuscated servers are a feature you feel you need – or may need in the future – the four providers below do the best job of implementing it.

Arguably the best VPN provider in the market, NordVPN is an excellent all-rounder service. From privacy and security to a quick server network and uncanny ability to unlock geo-blocked content, Nord does it all and does it all very well.

Keeping in line with its other features, NordVPN’s implementation of obfuscated servers is also among the best in the business and the reason why this VPN works so well in China. It currently runs 108 such servers spread across a very impressive 16 countries.

By default, VPN obfuscation is disabled in the NordVPN client. To enable it, follow the steps below.

How to Enable Obfuscated NordVPN Servers 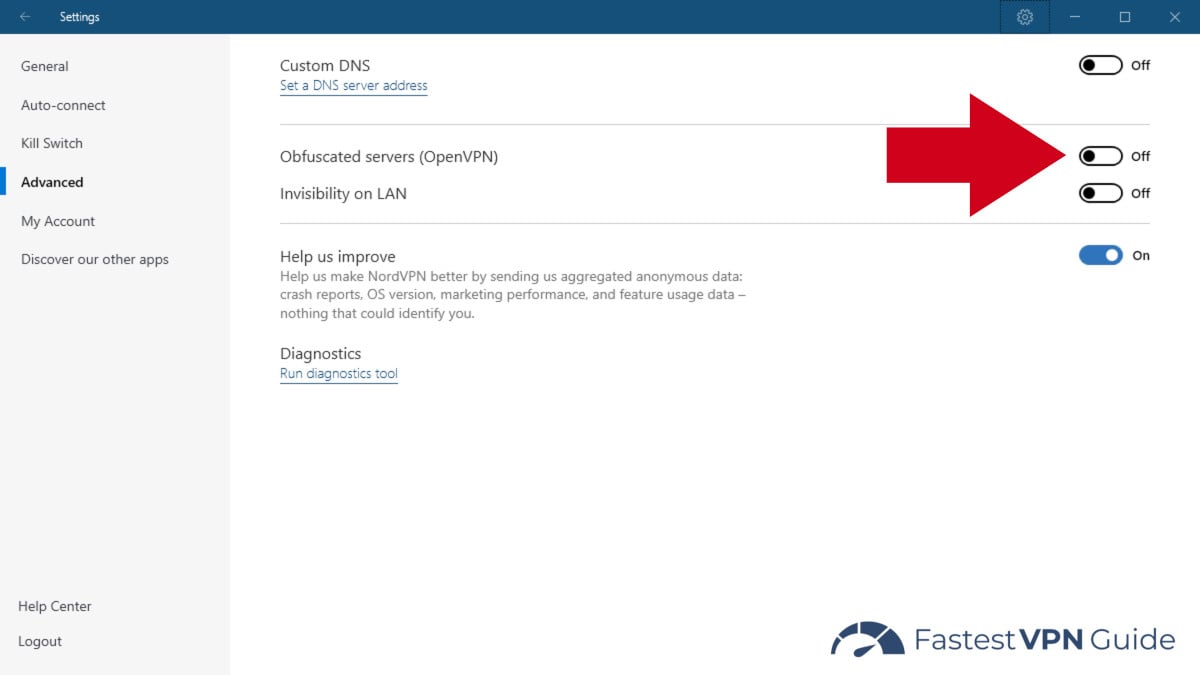 Though Surfshark is a relatively new VPN provider, it started making waves (no pun intended) the moment it entered the market – everything was done right from day one.

Surfshark calls their version of server obfuscation “NoBorders” mode. The feature automatically detects if you’re in a restricted environment and camouflages your VPN traffic accordingly – you don’t have to manually pick any specialized servers.

NoBorders should be enabled by default, but just in case, here’s how you can make sure it’s on.

How to Enable Server Obfuscation With Surfshark 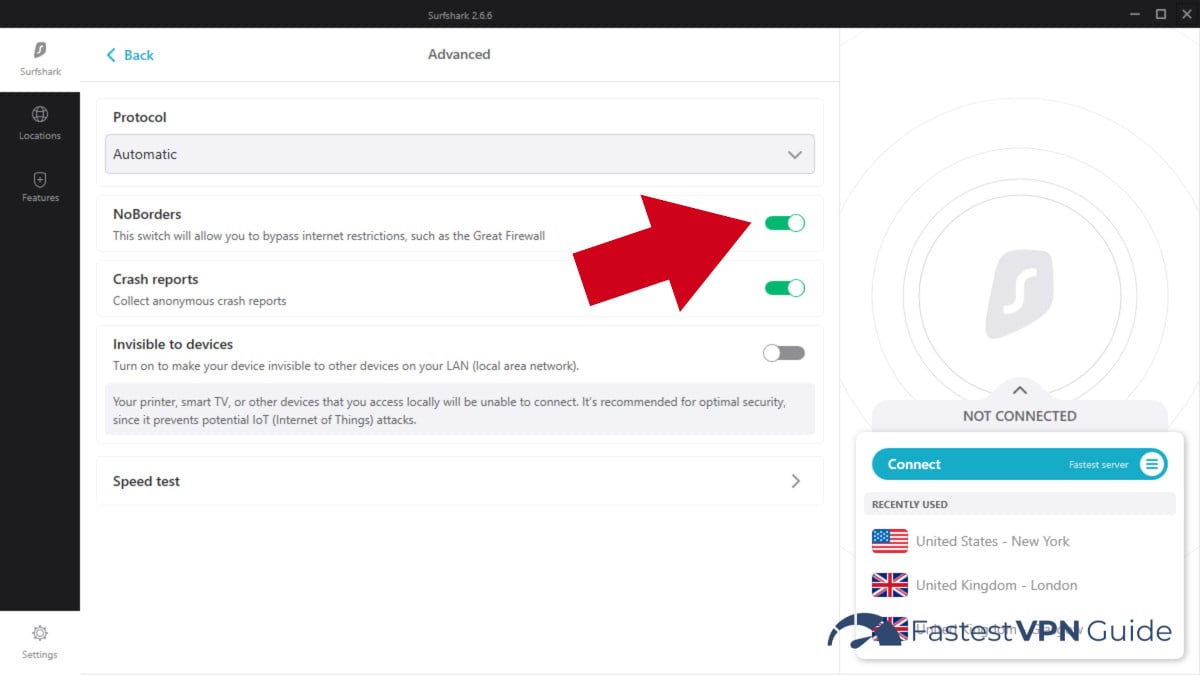 Based in Switzerland and an independently audited and verified no-logging provider, VyprVPN is all about doing internet anonymity, security, and privacy right.

In an industry where renting hardware from third-party data centers is the norm, VyprVPN runs its own servers, which translates to better security and privacy network-wide.

And when it comes to obfuscation, VyprVPN takes things to the next level as well. To ensure maximum effectiveness, the provider has developed a proprietary obfuscated VPN protocol called “Chameleon.” It’s based on OpenVPN (and just as secure) and indeed works very, very well.

Enabling obfuscation in VyprVPN’s app is as easy as switching to the Chameleon protocol. Here’s how you do it.

How to Activate VyprVPN’s Obfuscated Servers 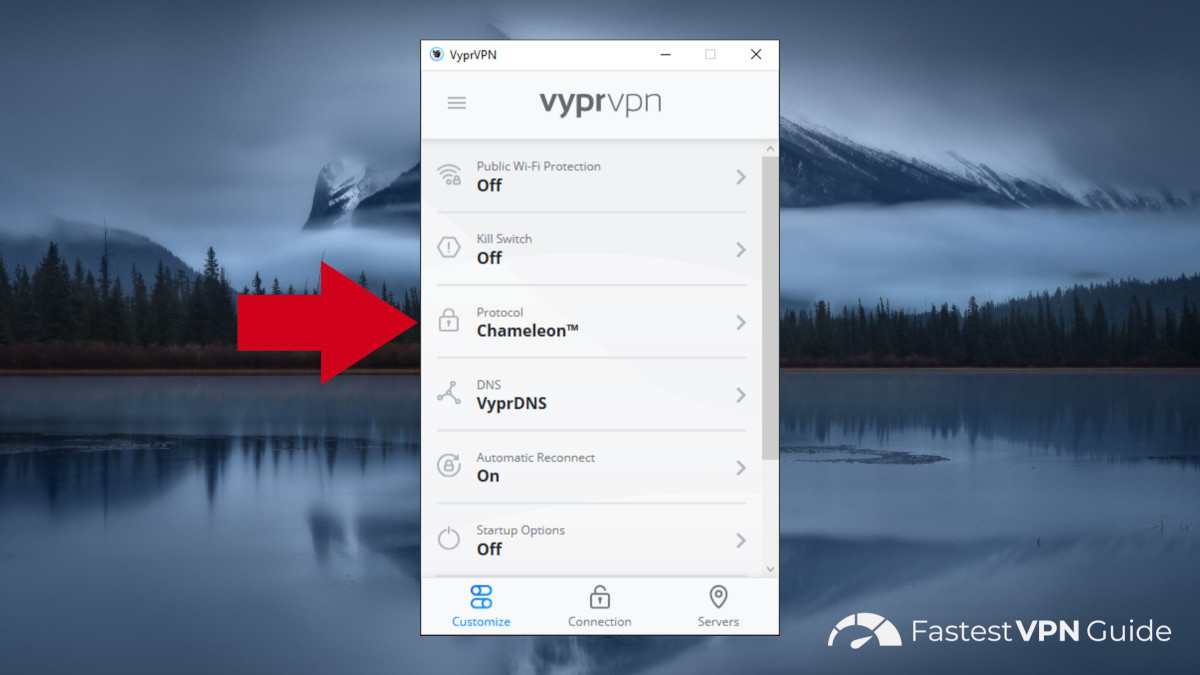 ExpressVPN has long been a favorite of many online privacy and anonymity seekers – and with good reason.

Headquartered in the privacy-friendly jurisdiction of the British Virgin Island, ExpressVPN has a strict no-logging policy. It runs a large server network that spans 95 countries and offers performance few other VPN services can beat.

The provider’s intuitive client comes loaded with everything you need, including a split tunnel feature and the all-important kill switch.

Obfuscation, called “Stealth VPN”, is, of course, also available. That said, using it is not as straight forward as with other providers. Obfuscated locations are not marked in the client, and you need to contact the support team to get a list.

Once you know which country to connect to, you can camouflage your VPN traffic by following these steps.

How to Turn On Obfuscation in ExpressVPN 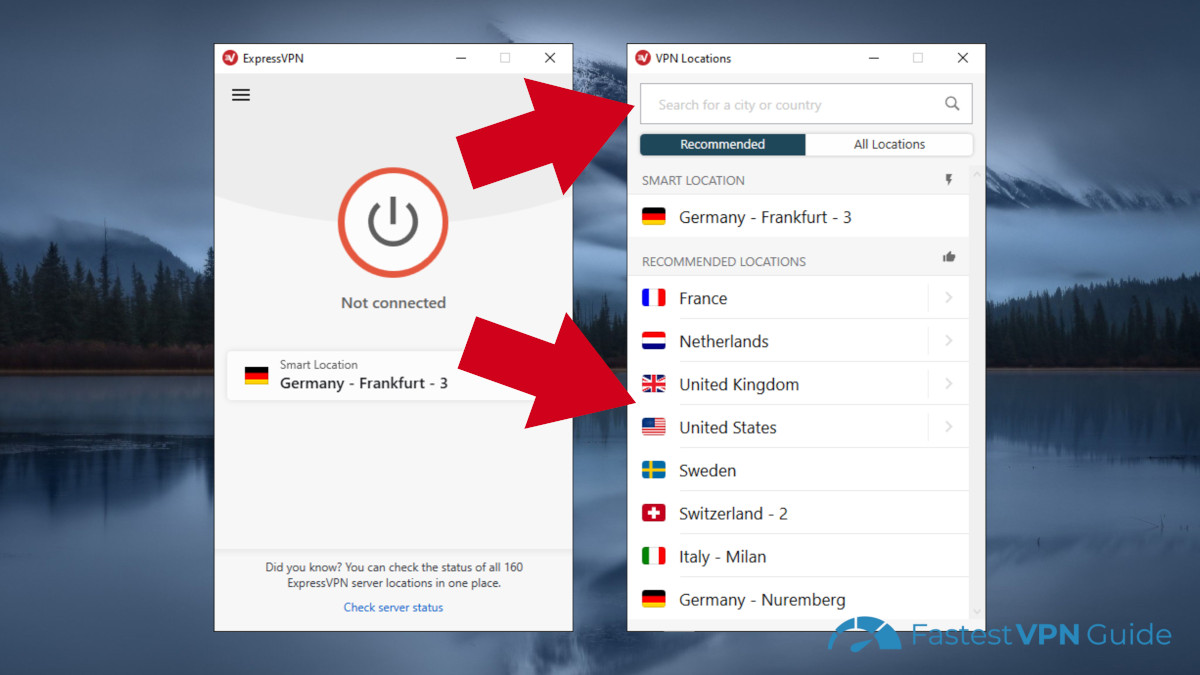 Regardless of how obfuscation is done, it always involves carrying out additional operations on the VPN stream – and no operation is ever free. So, you will experience some slowdown.

How much slowdown depends on many factors, from the obfuscation methods used, to how quick your internet and device are – and everything in between.

In general, though, you can speed up your VPN connection by following these three guidelines:

VPN obfuscation is a technique that camouflages VPN traffic and prevents someone from finding out you’re using a VPN. It’s a very useful tool if:

Most of us don’t use obfuscation – and indeed, in most cases, a regular VPN connection will do fine. But, even if you do not need it now, picking a VPN provider that offers it is not a bad idea. You never know when it may come in handy.