February 7, 2023 Update: Despite the BBC’s best efforts at detecting and blocking VPN use, several providers continue to work well with the iPlayer. I last connected earlier today with NordVPN (using UK server 1807) to watch The Football News Show.

As always, I will continue to update this page at least a few times per week with my latest BBC iPlayer VPN use.

As recently as a year ago, watching the BBC iPlayer with a VPN was the most reliable way of accessing the service outside the UK. Today, things no longer seem to be that easy. In fact, the word on the street is that using a VPN for the iPlayer does not work period.

So is the game up? Are those of us outside the UK out of luck?

The answer is not at all. Yes, there have been changes, and things have perhaps become a little more inconvenient. But, using a VPN to watch the BBC iPlayer is as doable as ever. I do it on a nearly daily basis.

It’s easy to see why the BBC decided to take action and clamp down on VPN use. The iPlayer has become an amazing success for the corporation not only in the UK but also around the world.

The problem is the iPlayer is a service meant to be used only by residents, individuals who pay for the UK’s mandatory TV license. All those “around the world” viewers were never supposed to happen.

Some data suggest an estimated 60 million people living outside the UK watch the BBC iPlayer with VPNs or other tools that bypass geo-blocking. That’s a whole lot of people, almost as many as live in the UK.

Considering those numbers, it’s understandable why the BBC has actively started taking measures to stop unauthorized access. Besides potential licensing issues, it also costs them a lot of extra money to maintain the iPlayer infrastructure.

If you’re seeing any of the following three messages (with the first being by far most common), the BBC iPlayer is detecting and blocking your VPN:

How Is the BBC iPlayer Detecting VPN Use

So how does the BBC know you are streaming the iPlayer through a VPN? It all comes down to your IP address and probability.

The BBC iPlayer is meant to be used mostly from home and sometimes from a place of business. Anywhere a valid TV License exists. Most of those locations will have a single external IP, regardless of how many devices are connected to the internet.

Let’s assume a home situation with a family of four where everyone streams content off the BBC iPlayer at the same time. That’s four connections from the same IP address talking to the iPlayer server for several hours each day.

From the BBC’s point of view, that sounds entirely reasonable and is probably a fairly common usage pattern.

Now, what happens if you, I and a several hundred other people access the BBC iPlayer with a VPN server’s IP (servers may have multiple IP addresses, but for simplicity’s sake, let’s assume a single one)?

It’s like we’re all roommates in a single house. It translates to hundreds of connections from the same source hitting the iPlayer server around the clock (since we all likely live in different time zones around the world).

Does that sound like a typical iPlayer usage pattern? Not at all. And it’s something the BBC can easily detect.

Once enough time has passed to gather sufficient data (the BBC needs to be careful not to ban valid users), our VPN IP address is getting blacklisted and blocked from using the iPlayer. 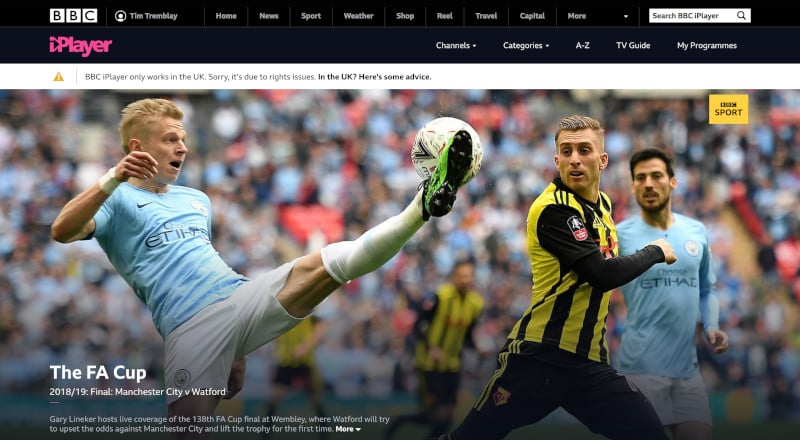 The good news is, VPN providers are well aware of how their IPs are detected and banned by the BBC. Most (but not all) services, after finding out a VPN server IP no longer works, will simply toss it and replace it with a new one that works.

Considering how many VPN customers use them to bypass geo-blocked content like the BBC iPlayer, this makes a lot of sense from a business perspective. The whole process becomes a giant game of whack a mole between the streaming services and the VPN vendors.

What does this back and forth fight between the BBC and the VPN providers mean for you and me? Three things:

The last point is key. When you connect to a VPN, you may get unlucky and be assigned one of the dud IPs detected by the BBC iPlayer and not yet replaced.

To get around this problem, simply disconnect and connect again. It may take a few tries, but you will find an IP that works. If your VPN provider has multiple UK servers, trying a different server can help too.

For example, midway through writing this post, I decided to take a break. I chose to watch something on, appropriately enough, the iPlayer. Using Surfshark, I connected to one of their London servers.

No luck. Dreaded message number one: “BBC iPlayer only works in the UK.” So, I switched to a Manchester server instead and lo and behold, I’m streaming the BBC like its 2015. 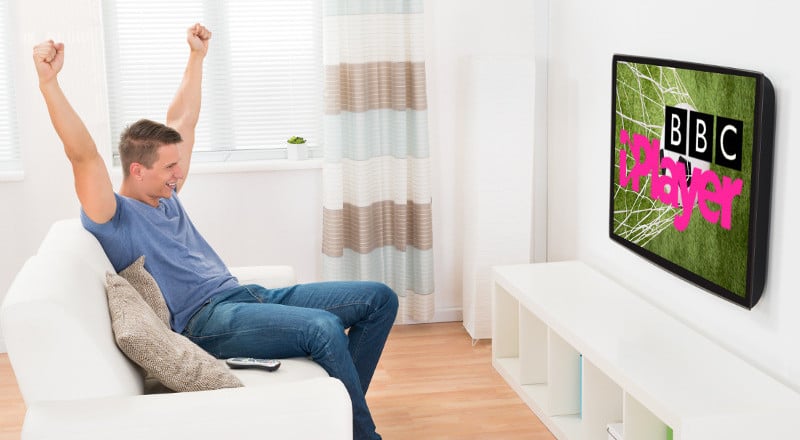 The workaround to the “BBC iPlayer not working with a VPN” problem should be as easy as that. As long as you’re using a VPN that detects and swaps out blocked IP addresses, disconnecting and reconnecting will let you watch the iPlayer.

In addition to getting a BBC VPN that will replace its IPs, it’s also a good idea to find one with multiple UK servers. The more, the better. You can take a look at my list of the best UK VPNs to see which providers are leading the way.

One other thing you can consider is getting a dedicated VPN IP address. For the BBC iPlayer, that address should obviously be in the UK. Several VPNs offer this solution.

A dedicated IP does costs a bit more. For example, PureVPN charges $1.99 per month for this service. NordVPN also has a static IP option, though at just over $5/month, it’s a bit more than PureVPN’s.

What a dedicated address means is you’re no longer sharing a VPN IP with hundreds of other people while you watch BBC iPlayer programming – only a select few (a VPN provider will likely give out the same IP to multiple dedicated IP customers).

While not foolproof, this does make you look much more like a regular household or business (think hotel). It makes the BBC’s job of detecting you’re using a VPN and blocking it that much harder.

My BBC iPlayer VPN Is Still Not Working

There may be times when you can’t get your BBC iPlayer VPN to work no matter how many different IPs and servers you try. Here are the most common reasons why, as well as and how to fix them.

If you don’t know what’s going on behind the scenes, it’s easy to get discouraged when you first find your VPN is blocked and no longer works with the iPlayer. That’s what the BBC is hoping for, that enough of us throw in the towel and move on.

Yes, things are a little different than they were a few years ago. You need to be slightly more selective with your VPN provider choice. But, if you pick the right one and understand how to use it, watching the BBC iPlayer with a VPN works as well as ever.